After taking a basic blocked pattern, I will alternate directions of scored lines within the blocks to create a visual texture that the glaze highlights on the finished forms. These patterns originated looking at architectural embellishments in islamic architecture, mainly in Spain. I was fascinated at the use of pattern and geometry, and how it could be used so intensely, and with such density and concentration within a small space, that it almost became invisible, reading as texture rather than pattern. These texture blocks are my attempt to replicate that use of line and pattern to enrich and enliven the surface of my forms, creating a dense network of texture that the glazes can pool in and break over. 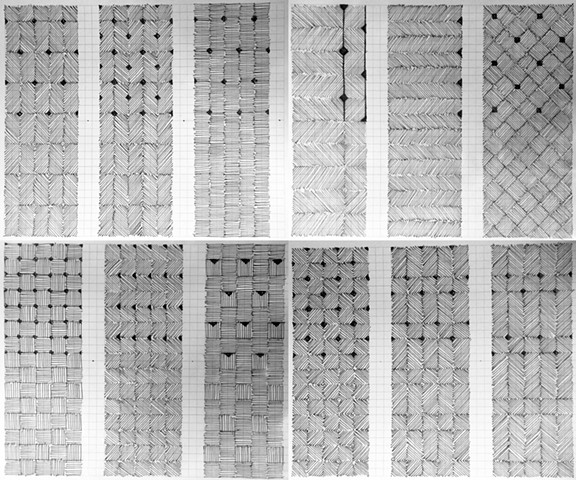